RNGs generate thousands of numbers every minute or even second, and the latest number will determine the following number the minute a button gets pressed. Because of this, result variations can come about, depending on the play time. RNGs don't keep counting, but instead repeat sequences after counting. The utmost care, therefore, has to be considered in order to make sure that the players don't learn the sequence and take full advantage of certain machines.

A man named Ronald Harris, a programmer of slot machines, actually discovered these equations and used them with the seed value and RNG code in order to predict succeeding numbers, based on former games for games like keno nod slots. This cannot be done with free slots, though.

This event led to RNGs being made to keep counting even as no one played, so that strategies like the one that Ronald Harris used could be defeated. This made it hard to identify how far the generator had gone with counting. In fact, it made it impossible for anybody to apply equations, even with the right code. 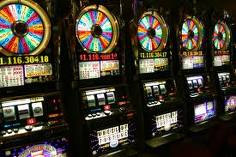 The payout percentages might differ in certain ranges between one machine or casino to another, even though casino regulatory and licensing authorities usually base their terms on regulations or laws. Normally, slot machines get designed for winning payouts of 82% to 98% of player bets. This is known as the ‘theoretical return or payout percentage’. The minimum player return ratio also differs between jurisdictions, though it is in the casino's mandate to pick the exact figures inside the allowed range. For example, Nevada's lowest payout percentage stands at 75%, while that of New Jersey stands at 83%.

The resulting winning patterns and frequencies, as well as the amounts that are paid out, are selected very carefully, as well, in order to give the casino some generated money. This ensures that casinos will let others win from other players' bets and not get all of the money to themselves. This happens to be a vital regulatory tool for the establishment to use in regulating casino operations.

Payout percentages are normally set by machine manufacturers and are certified after the machines are installed. After all, percentage changes are time-consuming and usually require control officers of betting to be there in order to certify compliance.

Every slot machine has a table that shows the probabilities of payouts and is meant as an aid to players, so they can choose their bets and play for higher winnings with any amount of money that they might have.